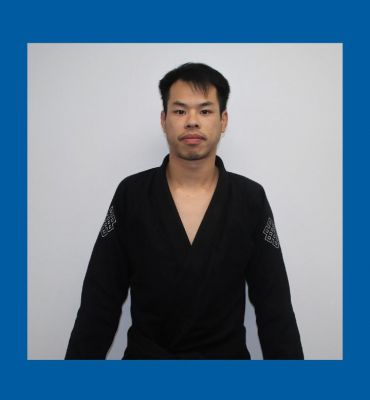 Daniel Ung
Daniel started training martial arts in December 2007 with Elvis Sinosic at Kings Academy of Martial Arts in South Western Sydney, he first started with Brazilian Jiu Jitsu (BJJ) and Muay Thai Kickboxing before adding in Mixed Martial Arts, boxing and wrestling. He received his BJJ black belt from Elvis in December 2016. Daniel has been an active competitor in BJJ throughout his training time and has also competed in boxing, wrestling, and mixed martial arts.
Daniel coaches the Kids and Adults BJJ classes.
His favourite submissions are armbars.
Sign up for 1 week FREE trial!

Thanks for contacting us!

We will be in touch shortly.
If you contacted us outside of business hours it might take us a bit longer to respond.